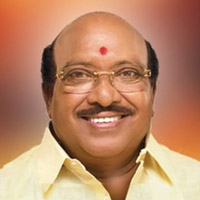 Sri.Vellappally Natesan is the General Secretary of the Sree Narayana Dharma Paripalana (SNDP) Yogam and the Manager of the various Sree Narayana Colleges in the State of Kerala. A great man with a mission and a rare breed of personality, he has played the major role in bringing up the Ezhava community as a politically strong group in Kerala.He is also the Director of Vellappally Natesan and Company Ltd, one of the largest contracting companies in South India. Sri. Vellappally Natesan was born in 1937 at Kanichukulangara near Cherthala, as one of the 13 children of the Late Sri. Vellappally Kesavan Muthalali and Smt Devaki Amma, His family consists of his loving wife Preethi Natesan who is his strongest pillar of support, his son Thushar Vellappally (Assistant Secretary, SN Trusts and President of the SNDP Youth Movement) and his daughter Vandana Sreekumar, an Engineering Graduate.